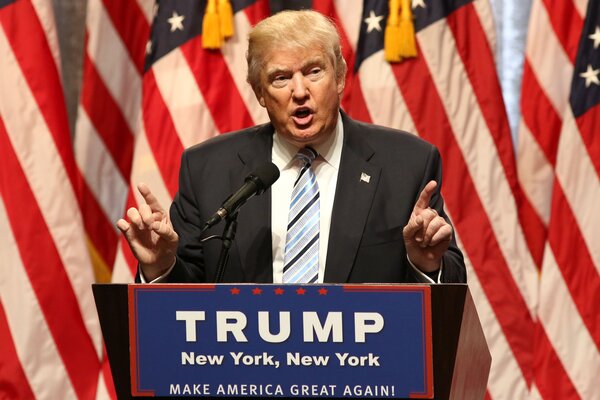 Since becoming President, Donald Trump has revelled in upsetting the status quo. Through much of 2018 he has targeted international trade through first threats and then ultimately the introduction of import tariffs on targeted sectors.  This appears to be the easiest way to attack globalisation, which is increasingly seen as synonymous with the structural changes that have adversely impacted sections of the developed world’s working populations.

The President’s position is that he is seeking a return to what he describes as a fairer trading environment and he insists his trade policies are merely a means to do this rather than an end in themselves. Nevertheless, the structure of global trade –the heart of the modern international economic system – is facing the biggest challenge since the interwar years.

Globalisation is a rather general term and incorporates cultural and social factors as well as economic elements. An intrinsic part of it, though, is the way long distance trade has knitted together regional economies and most countries are now reliant on the international flow of goods. Any friction imposed upon this is potentially a significant problem for the global economy. Very few countries now have genuinely closed economies – North Korea perhaps (but even here, there is a reliance on imports from China).

In the Isle of Man one is conscious of the importance of trade for small communities. We cannot produce the full range of goods we require and must import a significant proportion of them. Conversely, our economy is specialised and we are able to export agricultural products, specialised manufacturing goods and services such as finance and tourism in return.  Trade should benefit all and because it promotes efficiency its aggregate impact on global prosperity is very clear.

International trade is not a new phenomenon.  Indeed, the archaeological evidence suggests long distance trade was evident even in in pre-literate societies. Trade was a fundamental part of the economy of the classical civilisations and China’s current “One Belt One Road” initiative is deliberately evocative of the Silk Road trade route that connected the East and West.  For the Western European maritime economies (Portugal, Spain, England and the Dutch in particular) the search for new markets morphed into the development of colonies in the sixteenth, seventeenth and eighteenth centuries

For all that, though, most estimates suggest that during this time world trade (the sum of exports and imports) as a percentage of  world GDP rose only very slowly and still remained below 10% at the end of the eighteenth century.

This changed during the 19th century as the rise of the industrial economy led to a wave of globalisation as a broader range of manufactured goods for export emerged along with a growing demand for raw materials.  The UK textile industry took the initial lead by sucking in raw cotton and turning it into cloth and finished products for subsequent use at home and for export. Many other industries sprang up, reliant on export markets. International trade grew steadily (by around 3% per annum on average) peaking in the years immediately before the First World War.  By that stage it had come to represent somewhere between 20% and 30% of global GDP.

The next 30 years saw a relative contraction in the importance of trade.  Two world wars, the great depression and the rise of protectionism and nationalism combined to depress trade as a percentage of GDP and it fell to around 10% again.

Since then, though, a second wave of globalisation has barely paused for breath and the value of international trade is now approximately 60% of global GDP.  The reasons for this are varied: growing prosperity boosting demand for goods; increasing urbanisation in the developing world providing a bigger potential workforce; the specialisation of economies; the increasing complexity of global supply chains; the emergence of post-industrial service economies; improving transport links and the humble standardised 40 foot shipping container.  Finally, although neither the World Trade Organisation nor its predecessor GATT are generally considered unalloyed successes, it is clear that the backdrop of generally freer (if not fully free) trade has played an important part too. Certainly trade wars have, up to now, been generally avoided.

Trade has played a key role in the step change in prosperity seen in the past seventy years.  Remember too that although trade has grown in comparison to GDP, that GDP has also been growing steadily throughout this period. The growth in the nominal value of the goods traded is astronomical. Just looking at aggregate data, however, does not give the whole picture.  Economic specialisation has made the allocation of resources much more efficient, but this has not benefitted everyone equally.

Some inequality is inherent in most trading relationships. Typically the partner with the greatest value added has had the upper hand. In the past, manufacturing economies with bigger domestic markets and more skilled workforces have typically had the edge over producers of resources.  Even within the industrialised world, countries making and exporting the machine tools have benefited more than those places buying those machine tools to manufacture goods lower down the value chain.

If anything though, indirect inequalities are perhaps more telling as changes in global trading patterns can cause significant damage. In the late nineteenth century a number of technological advances suddenly meant foodstuffs could be transported around the world much more easily. Cheaper food was a positive for the industrial workers but the agricultural depression that followed in the UK and parts of Europe caused significant problems for agricultural labourers.  Similarly, the relocation of the bulk of the Steel industry to Asia since the end of the Second World War was driven by technological and economic factors (importantly the resistance of US producers to embrace new and more efficient processes). International trade certainly helped facilitate the hollowing out of parts of the US economy but was not the proximate cause.  It is, however, an easier target.

Whether President Trump genuinely believes that trade tariffs will reverse these trends is unclear. The US has concerns which are particularly focused on China. There is a real fear in the US, expressed by current US trade officials such as Peter Navarro and Robert Lighthizer that the Chinese economy will edge ever higher up the value chain and it has begun to challenge the US in some sectors of the tech field.  On the surface this appears to be natural economic competition but the US argues that China is not playing fair and has stolen US intellectual property.

In 2013 two World Bank researchers, Milanovic and Lakner, assembled data on changes in real income plotted against global income distribution.  The results were interesting and gave rise to the so-called elephant graph. Essentially the very poorest in the world had seen very little change to their real incomes but the lion’s share of the world’s population (from the 10th through 70th percentiles) saw considerable positive change (this is the body of the elephant when expressed graphically) driven by the dramatic increase in prosperity in the developing economies. The world’s very richest had also seen a significantly higher growth in real income. There is however a considerable dip between the 75th and 95th percentile (equating to the bottom of the trunk). This predominantly represents the relative decline of the developed world’s middle classes.

The irony is that global inequality is generally decreasing as the developing world is a significant beneficiary of the global economy.  Within individual countries though, inequalities are increasing and for the first time in a long time the middle classes in the developed world consider themselves losers.

After years of expanding trade and growing global prosperity, are we at an inflexion point? If the opening skirmishes of recent weeks do escalate to a trade war it doesn’t necessarily mean there will be an immediate contraction in global trade.  It is too embedded in the global economy and replacement supply may be too difficult to bring on stream. Trade frictions, however, will add a cost and one borne by consumers and workers.

Can we trade some prosperity for lower inequality? Probably not.