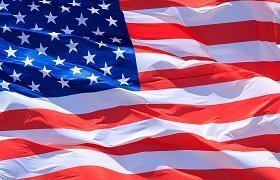 The Trump presidency represents a further step into the unknown after the surprise of Brexit.  Voters in both countries have clearly rejected the status quo to vote for change.  In respect of President Elect Trump it has to be said that he is long on rhetoric and potentially short on detail.  This makes planning and positioning difficult.

Whilst he has not detailed exactly how he will carry out some of his pledges, he has been clear on what he believes and his general stance. From this we can infer certain things.

An increase in protectionism is likely.  Trump has been clear that he wants to protect American jobs and bring back manufacturing to the US.  This is a challenge to the mantra of globalisation and “free trade” that has held sway over global trade and economic policy makers for the last 40 years or so.

Those who espouse globalisation would say this will introduce unnecessary costs into the global market, potentially stoke inflation and lead to inefficiency as capital is not deployed globally in the best manner.

However, the demographic that voted for Trump do not seem to have benefitted from globalisation. We have been talking about the “elephant graph” for a little while now.  It shows that between 1988 and 2008 the world’s poorest remained poor.  Incomes growth was strongest in the global middle income earners, predominantly represented by the Asian and in particular Chinese middle class.  The globe’s richest have also got richer.  The dip in the trunk represents working and lower middle class workers in the Western economies.  These people are predominantly white men.  They have seen manufacturing jobs being lost to cheaper labour in the developing world.  It is also likely that these positions have become more exaggerated as the financial crisis deepened after 2008.

A more robust American economic policy would target emerging markets in particular, penalising cheaper manufactured goods made outside of the US in order to encourage consumption of US made goods. Expect to see a rejection of current free trade deals and potentially other treaties such as climate change treaties, that the Trump presidency sees as ramping up costs of American goods.

In order to boost jobs and domestic employment Trump is going to spend on infrastructure and given what he has said in terms of foreign affairs, is likely to spend more money on defence, the majority of which will be spent in the US.

However, he has also said that he will be cutting taxes across all income brackets and corporate tax – a cut in the latter to 15% from 35%.  So cutting taxes and spending more.  For this to work , the spend comes first, the low rates encourage greater compliance and less avoidance and corporates choose to repatriate earnings into the lower tax regime to avoid penalties and tariffs.  In addition the extra employment and government spending produces greater tax revenues and so on.

In many ways Trump’s election is the second act in a piece that started with Brexit.  Brexit represented a rejection of the status quo by the British electorate.  Trumps “Brexit plus plus plus” as he called it, is the second act.  Maybe the third is Marine le Pen being elected the President of the Fifth French Republic, with obvious consequences for the remaining EU.

As we mentioned in our note on Brexit, the one certainty is the uncertainty given the lack of detail and the need to assess what Trump political and economic policy actually means.  As always we believe the best way to handle this uncertainty is to be aware of the short term noise but to concentrate on the longer term and maintain well diversified portfolios.