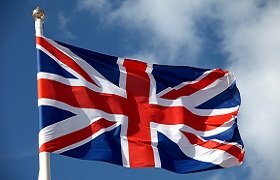 The UK General Election takes place tomorrow on the 8th June, and the Conservative lead over the main opposition, Labour, has continued to narrow, although the Conservatives still look likely to win and remain in government.

The outcome of this vote has added significance, as it will determine which political party has the responsibility of negotiating the UK’s exit from the European Union (EU), and to an extent, determine whether Brexit is “soft” or “hard”. The two main parties also have materially different views of managing the economy, and the long-term debt and growth profile of the economy could change as a consequence.

We have therefore provided a brief note, outlining the two main party’s manifestos, the likely implications of the vote on the UK economy and EU negotiations, as well as how we have positioned portfolios ahead of the event.

To a large extent, the Conservative party have built their election campaign around the “strong and stable” leadership and negotiations skills of Theresa May, although the recent U-turn in regards to funding elderly care has raised doubts about her credibility. The party manifesto is light on fiscal stimulus, with no major changes to spending or taxes that were not already known in prior budgets announcements. Fiscal consolidation remains a key objective with the aim for a balanced budget by 2025, with the party also pledging to reduce immigration to tens of thousands.

The Labour party manifesto represents a significant change from the current status quo, fiscal austerity would be replaced by expansionary fiscal policy, with government spending and investment set to increase by £250bn over the next 10 years, the role of the ‘State’ in managing the economy is also set to increase with the planned nationalisation of a number of key industries, and the minimum wage is also set to rise.  While an increase in corporation tax, which is set to increase from the current 19% to 26% by 2020/21 and a higher rate of tax for high earners, will partly fund the party’s planned expenditure increases, government debt levels look set to markedly increase.

Implications for the UK Economy

The Conservative plan is likely to provide a modest boost to economic growth. Their prior commitments to raise the personal tax allowances and cut corporation tax are mildly stimulative, however these have to be offset by the continued commitment to balance the budget by 2025, which requires further fiscal austerity and immigration targets which are likely to lower the long-term growth potential of the UK.

Overall, we do not expect a Conservative victory to materially alter the outlook for near-term, although the immigration target could have damaging consequences for the long-term demographic profile of the UK and weaken its long-term potential.

The Labour party plan for the economy is radical and, as a result, it is difficult to accurately forecast the impact on the economy. In the short–run, the significant increase in government spending and rise in minimum wage could boost growth, although this could be completely offset by a marked decline in business confidence due to the rise in corporation tax.  The increase is likely to diminish the attractiveness of the UK economy to foreign investors and discourage business investment.

The plan to nationalise swathes of industry comes from left field (literally).  It is unlikely to produce any improvements in prices, cost or efficiency and if history is any guide, quite the reverse.

In the long-run, the greater role of the ‘State’ in the economy is likely to lower the productive efficiency of the economy, whilst the increase in government debt is likely to increase the tax burden for future generations.  While this is likely to be partially offset by higher immigration under a Labour government, it’s difficult not to see the longer-term growth potential of the economy weakening.

The Conservative party currently enjoys a small majority of members of parliament (MPs) in the House of Commons and if this were to increase then it could make for a more orderly Brexit process. There are currently a number of Conservative MP’s that favour a “hard” Brexit and will want to make very few concessions to the EU in order to get a Brexit deal. If the Conservative majority is increased, they are less reliant on these Brexit hardliners when legislation is bought back to the House of Commons to vote, reducing the risk of legislation failing. This however makes the huge assumption that those new MP’s favour a more pragmatic approach to Brexit negotiations and are not themselves in favour of a “hard” Brexit.

Based on current opinion polls, the likelihood of Labour winning a majority looks slim, however if they do, the chances of a “softer” Brexit are likely to increase as Labour’s objectives appear more aligned to the EU’s. They have pledged to: retain the benefits of the Single Market, which would likely mean conceding to a number of EU demands; immediately guarantee the rights of EU citizens living in the UK upon election victory; and have taken a softer stance on immigration.  The tactic of conceding key positions before negotiations have begun is novel.

From the other side of the table, while the EU has said it has no interest in punishing the UK for leaving the EU, it naturally cannot agree to a settlement which might encourage other member states to leave. The EU therefore is likely to take a tough approach to negotiations, irrespective of a Conservative or Labour government.

Ahead of the General Election we have not positioned the portfolios in expectation of a specific election result, as while political uncertainty is a risk factor, it is difficult to quantity, difficult to price and there is a reasonable probability of being wrong.  Equally, as recent experience has taught, it is possible to get the politics right and the investments wrong

We would expect the market reaction to the General Election result to be largely confined to UK assets as the outcome does not materially alter the outlook for the global economy. Sterling and the FTSE 100 and FTSE 250 will likely see the largest market reactions.

A Labour victory is likely to have the largest adverse impact on equity markets, as the prospect of nationalising key industries and a rise in corporation tax will have a negative impact on market sentiment. The increase in debt could also hit government bonds and lead to a rise in interest rates.  A hung parliament will be viewed negatively, due to the greater level of uncertainty.

The portfolios are currently positioned with a marginal underweight to UK equities; however this reflects our view that whilst we are cautiously optimistic on economic growth, in the short-term elevated valuations and excessive bullish sentiment have left UK equites vulnerable to a sell-off.