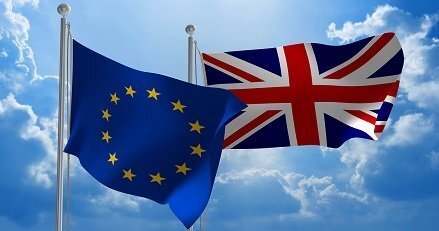 After the European Union’s (EU) rejection of the “Chequers Plan” in Salzburg and Prime Minister Theresa May’s insistence that “no deal is better than a bad deal”, by the end of September the UK and EU looked no closer to reaching a Brexit agreement. The latest impasse in talks raises the possibility of a “no deal” Brexit, in which case the UK would immediately begin trading with the EU and the rest of the world under WTO rules post the 29th of March 2019.

One of the biggest criticisms of the Chequers proposal is that the UK would not have an independent trade policy. Under the Chequers plan, the UK would seek free movement of goods but not services. Under this proposal UK goods would be bound by the rules and red tape set by the EU. But more importantly, the UK would have no input to what these rules are, so in effect becoming a rule-taker to the EU. This puts constraints on the UK’s ability to strike free trade deals with countries outside of Europe, including the US, as it has an inability to change standards and regulations on goods.

If the UK moves to WTO rules, it would no longer be in the EU’s custom union and be tied to its common tariffs and trade policies. Proponents of free trade often state that the EU has too many protectionist and regulatory policies in place that restrict competition. Outside of these restrictions, the UK could lower tariffs with the rest of the world and reduce regulation, boosting competition which in theory leads to efficiency and productivity gains.

The freedom to set your own trade policy would be the biggest benefit of reverting to WTO rules. The argument follows that an individual country like the UK could have more success at striking free trade agreements than negotiating as a collective under the EU. Seeking membership of existing free trade agreements such as the Trans-Pacific Partnership is often used as an example of one of the benefits of being outside the EU.

Should the UK move to operate under WTO rules, they would save money by paying significantly lower contributions to the EU budget. Under the current terms of the divorce agreement, the UK government has agreed to pay £39bn by way of a divorce settlement. However, under the principles of Brexit negotiations that “Nothing is agreed until everything is agreed” the UK would not be liable for the agreed £39bn, but, Chancellor, Phillip Hammond, advises that some form of divorce settlement would still be payable.

Lastly, one of the big fears of leaving the EU without a Brexit deal is that the EU may look to make an example of the UK and punish it through restrictive trade policies. However, WTO rules provide some protection to the UK. The WTO’s Most Favoured Nation principles means that each WTO member has to be treated equally, which effectively prevents the EU from discriminating against the UK. That is unless the EU wants to change its trade policies with all other WTO members, which would make it susceptible to retaliatory measures.

One of the biggest disadvantages of WTO rules is that it does not allow a frictionless border in Ireland. Any agreement between the UK and the EU that does not involve remaining in the single market and customs union will mean checks on goods are required at the border. The highly contentious and politically sensitive nature of this issue would cause several headaches for current and future UK governments.

If the UK is unable to lower tariffs or eliminate them altogether with the EU through a new trade deal, additional tariffs as instructed by WTO rules will increase the costs of goods for UK business and households. Often, Brexiteers quote that the average EU tariff on non-agriculture goods is low and below 3%. And in the event of a no-deal Brexit, Sterling would likely decline to offset tariffs. Whilst potentially true, it neglects the fact that the average tariff level distorts major outliers. For instance, tariffs on car parts are as high as 10% and taxed each time a part crosses the border, which given the fact some parts can cross the border numerous times during the production process can significantly increase costs. The agriculture sector in the UK would be particularly badly hit, with tariffs as high as 35% for some dairy products.

The other key disadvantage of WTO rules is non-tariff barriers. In the absence of any mutual recognition agreement, border checks between the UK and the EU would have to be more detailed and more stringent making it costlier for businesses to move goods across the border.

Furthermore, no one knows the extent to which business will have to implement their contingency Brexit plans in the event of a no-deal Brexit. A number of businesses have made threats that if the UK and EU are unable to reach a free trade deal, then they will relocate and move jobs outside of the UK. If this was to happen, it would damage the short-term investment outlook for the UK economy and materially weaken the long-term growth profile of the country.

Lastly, one of the key stated benefits of moving to WTO rules is the freedom it would give the UK to negotiate free trade deals. However, this point fails to take into account the fact that these trade deals take significant time and resources to complete, often several years. This means the benefits from these are likely to be years away, and in the short-term, the uncertainty could outweigh the positives.

From our perspective, it does seem clear that no political party wants to see a Brexit outcome that adopts WTO rules, implying that it is sub-optimal relative to other policies. Indeed, if WTO rules provided the framework for the best possible outcome for an economy, then other countries would not dedicate significant time and resources to negotiating new trade agreements. The recent case in point would be the EU and Canada who have spent seven years negotiating the EU-Canada Comprehensive Economic and Trade Agreement.

We continue to believe that there is no one clear solution to entirely protecting portfolios against binary political events and we do not manage the portfolio with one specific political outcome in mind. Nevertheless, we believe that managing a broad, diversified portfolio of assets remains the best line of defence against both political and economic shocks. Our portfolios are global in nature and in our opinion, events in the US and China matter as much to portfolio performance as the outcome of Brexit negotiations.

Looking ahead, our outlook for the global economy remains broadly unchanged. Global growth looks on a relatively stable footing and the risks of a recession within the next 12 months look relatively low.