The Royal Bank of Scotland is now in much better shape 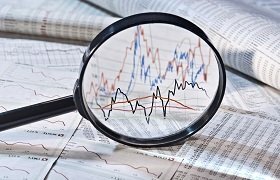 Of all the investment disasters inflicted by the Financial Crisis, none perhaps has been more ignominious than the saga of the Royal Bank of Scotland.

For those for whom the memory is not too painful, the shares dropped to 10p in January 2009 (having had a rights issue at 200p in May 2008). They then rallied to 50p in 2010 (or 500p following the one for ten consolidation that subsequently occurred).

They then under went another savage downturn to 200p during the Eurozone crisis, before rallying to 400p in 2014, only to drop below 200p again as a further wave of problems arose in the form of fines, restructuring charges, and the Brexit vote.

They currently sit at 260p. Throughout all this time they have not paid any dividends to shareholders.

The government became the biggest shareholder by far (owning 81% of the stock at one time) as two further rights issues in 2008 and 2009 were snubbed by investors (litigation for the May 2008 rights issue was finally settled only a month ago).

In all, the Government injected £45.5bn, with an in-price of 502p (although the National Audit Office calculates an in-price, including the cost of financing, of 625p), and now owns 71% of the bank, after reducing its stake (at a price of 330p) in August 2015.

The shares are still nearly 50% below that in-price, and the government seems to have finally realised that it will never get its money back, and that it is better to take a loss, and get the bank back into the private sector (good both for the bank’s health and for the economy) than hang on.

First half results for 2017 last Friday were the best in a while, with RBS making an ’adjusted’ operating profit of £3bn (the difference between adjusted and statutory profits takes on a new meaning when it comes to RBS).

The investment bank, the cause of so much grief over the years (recall that it was the ABN Amro investment bank RBS wanted when it made the disastrous three-party acquisition of the Dutch bank), did rather well, with a big uplift in profits over the prior year, evidence that its focus on the core FICC franchise (fixed income and currencies) has paid off.

But the investment bank still earns only a measly 2% ROE (Return on Equity), with an 83% Cost to Income Ratio.

In contrast, personal and business banking (what most would understand as traditional banking services) earns a 27% ROE with a Cost to Income Ratio at a much more reasonable 58%.

Although there have been improvements, RBS remains a pale shadow of its former self, rather like Samson with his hair shorn offâ?¦ eyeless in Gaza.

The news worthiness of the bank (it has been an endless source of financial news over the past decade) seems to be in inverse proportion to its value as an investment.

Despite the underlying operating improvement, RBS could still make a full year loss if a likely fine from the Department of Justice in relation to the misselling of mortgages in the US is recognised in the second half.

That would make a decade of statutory losses.

Once the DOJ fine is out of the way, and with the Williams & Glyn spin-off resolved (replaced by a cash injection into increasing competition in UK small business banking), there shouldn’t be anything else in the way of fines and regulatory redress on the horizon.

Both Ross McEwen, and before him Stephen Hester, have done a good job at cleaning the once sprawling bank. The expression ’making the best of a bad job’ comes to mind.

From 50 countries, its operations have been reduced to 38. The balance sheet has fallen from £2.2 trillion to £800 billion.

The bank could be on its way to minority government ownership, and the reinstatement of a dividend, next year (note ’could be’).

RBS is in much better shape than it was.

Perhaps the biggest threat now is not further misconduct fines, but the more traditional enemies of banking results - a slowing economy, and rising impairment charges.