Succession Management is clearly something companies need to take seriously 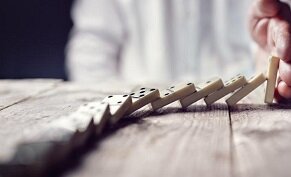 Sir Martin Sorrell stood down as CEO of WPP in April. Thomas Miller Investment looks at the implications of this for the company.

Succession management is clearly something companies need to take seriously.

That is why many corporates now have ‘Nomination and Succession Committees’ alongside all the other committees (Nomination committee, Audit Committee, Remuneration Committee etc).

The ultimate ambition is to achieve a ‘seamless transition’ between the old CEO and the new one, and normally the succession goes without a hitch.

Recent history is littered with successful examples, with the average FTSE100 CEO tenure now running at just six years. The aim in all cases is the same – to facilitate a nice, smooth change with no hitches, with hopefully no-one able to tell the difference between new and old.

But there are times when succession management can present insuperable problems. This is particularly the case where the incumbent CEO demonstrates long tenure, and a high profile. The problem can be even trickier if they happen to be the founder of the company.

WPP, the world’s biggest advertising agency, has faced such a problem with its well-known erstwhile leader, Sir Martin Sorrell, falling into all three buckets.

He was the longest serving CEO in the FTSE100, having been at the company for over 30 years. He was also one of the most high profile executives in the country, always featuring on CNBC or popping up at Davos in the Swiss Alps. And he is, of course, the entrepreneur behind the company, who took it from making wire baskets for supermarkets to the status of advertising behemoth. Arguably, he was WPP.

Then a couple of weeks ago he resigned after an investigation into alleged personal misconduct, which he denied.

This was a PR disaster that even one of WPP’s PR companies (Hill+Knowlton Strategies, Ogilvy Public Relations Worldwide, Burson-Marsteller, Cohn & Wolfe) would have struggled to put a good slant on.

WPP shares have been falling for nearly two years. Some of the problems it faces are secular headwinds that all agencies suffer: the migration of advertising to online networks, cutbacks in budgets of FMCG companies, lack of visibility over revenues, new competition from entrants like Deloitte and Accenture.

But WPP has suffered more than others, and this is partly due to the succession problem. On the one hand, it was clear that Sir Martin couldn’t go on for ever, with investors unsure there was sufficient strength in depth internally beneath him.

On the other hand, he was the glue that held it all together, who would make the cross referrals between the different business units, who would smoother over the ruffled feathers of fellow C-Suite execs when they felt ill-treated by a WPP entity.

He was also to some extent the ‘black box’ that understood how this acquisition machine, which has made countless takeovers in the past three decades, hung together.

But after Sir Martin decided to resign on April 16th, citing the fact that the investigation was proving to be a distraction for the company, WPP will be forced to live without him.

In recognition that he was almost too big to replace, the company has appointed two men as successor: Mark Read, who leads Wunderman and WPP Digital, and Andrew Scott, WPP's corporate development director and COO.

One of them is likely to succeed Sir Martin as CEO, though it’s possible that WPP will appoint an outsider.

Mark Read was interviewed in the FT a week ago, and said that the company would not be broken up, which many have said is the most likely outcome for this huge media conglomerate. He insisted that the objective was to get it back to growth.

But the question remains, will WPP ever be the same without Sir Martin Sorrell at the helm?

The opinions stated are those of the author and should not be taken as investment advice.  Any recommendations may not be suitable for all, so please contact your financial adviser for further guidance.