Oil: Where is The Whale? 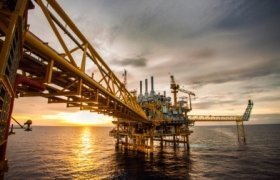 The last time the oil price languished at such low levels was in December 1998 when the global benchmark for crude (known as West Texas Intermediate) fell to $16.33 per barrel, it was to later peak at over $140 per barrel during the financial crisis, a decade later.

Commodity markets typically exhibit long lags in their cycle and the current situation is no different. Over investment in the energy sector when prices were high, aided by low levels of borrowing rates, has proved a toxic mix. Supply has grown at a quicker rate than demand, despite China’s best efforts, and in the summer of 2014 the market caught wind of the changing dynamics and oil fell precipitously.

Fast forward to the present day and the oil price remains extremely low, not quite at the $16.33 per barrel of late 1998 but, adjusting for inflation, relatively close. Which brings us to the question, what can we learn from that experience that would help us navigate the choppy waters of early 2016? If one were to read the 1999 review of credit markets from any of the ratings agencies it would not take too long to notice that the similarities between back then and today are uncanny. The build-up in speculative debt (back then called ‘junk bonds’, today called ‘high yield’) had reached historic highs. The industrial sector had the highest number of defaults in the economy and the new issuance market for all corporate debt was virtually closed.

So are we on the same path for 2016? There were some idiosyncratic factors at work in 1998 which distort the picture, principally the ongoing Asian financial crisis, but from a holistic view there are many similarities. What really put the oil price crash into sharp focus back in 1998 was the default of Russia, an episode that put in motion a train of events that included the collapse of one of the largest hedge funds of its time – Long-Term Capital Management. In September of 1999 another oil-export dependent country, Ecuador, also defaulted. It is important to remember that it is not the singular act of default that has the largest impact on investor sentiment but the knock-on effects for exposed investors.

When looking at today’s financial market do investors have a clear idea of who might default and where the inter-linkages lie? It would be very hard to forecast with any real accuracy which sovereign or corporate will default first but we can monitor real-time data such as the balance of payments across countries and leverage ratios for companies, to name two. We live in a more globalised economy than we did in 1998 and any significant loss of capital will be acutely felt across asset classes. In today’s environment, we should expect a few small fish to rise to the surface in the coming months but it is only when the whale blows up can investors have some transparency, and feel safe to go back into the water.

Can we make an educated guess on the where the whale might be? There are plenty of contenders, on both the sovereign side (Brazil and Saudi Arabia spring to mind) and the corporate side (Petrobras and Gazprom are under pressure). However trying to speculate is futile, better to be aware of the risks from exposure than try to profit from their failure. Where we have some confidence is in the notion that a default can clear the decks, paving the way for investors to recalibrate expectations. Markets can then move on from the issue and function more rationally again.

The response of central banks in 1998 was to ease monetary policy and lower interest rates to boost the economy and stabilise the volatile credit market. Sounds familiar... The Federal Reserve back then were able to turn risk appetite around and equity markets roared on higher, performance was strong. In hindsight this policy response was to sow the seeds for further turmoil and ultimately drove another sector’s valuation to grow in excess of its earnings capability. Anyone remember the dotcom bubble?