Millennials will be able to retire; they just need to start planning for it now 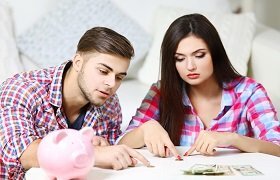 Another day, another depressing article on the prospects for our millennials.  Reading the weekend papers, you could be fooled into thinking that the younger generation, of which we have already heard so much about, will now have to work long into their seventies and eighties as they simply do not save enough to be able to retire any earlier.

You might think this is symptomatic of the millennial generation.  Favouring the experience of life now rather than hunker down, earn a decent crust and save for their future as their parents and grandparents did.

Going further, you might feel that it’s their fault that they may not be able to retire.  Things have never been better so what are they complaining about.

Well you just might not be alone in thinking this.  The plight of the millennial has become front page news.

Just how bad is it?

We agree that planning and saving for retirement is a challenge for almost everyone these days, especially the younger generation.  We have previously discussed how preparing for retirement can be even more daunting as there are so many competing demands chipping away at salaries: rent, travel, basic living expenses and, for many people in their 20s and 30s, university debt.

Millennials have grown up into the post credit crunch era of poor wage growth, wavering job prospects and little opportunity to accumulate wealth at the time of their lives when they should be building wealth.

It is daunting yes but not impossible.  It is not guaranteed that someone will be able to build an adequate nest egg during their career, even if earning power improves. However if our millennials build a solid financial foundation and exercise some discipline over the years, we believe they can certainly improve their chances.

Here are three important things that millennials should do:

This is not skipping a few lattes but is adopting an overall lifestyle that allows someone to live below their means.

To a millennial this might seem unusual behaviour however by spending 100% of every monthly salary on supporting their lifestyles, they won't be able to set enough aside for the inevitable events that life invariably throws up:  job losses, car repairs and of course, eventual retirement.

Can rent be reduced by moving in with friends or to another area?  Is travel cheaper by using the bus rather than the train?  A budget should be drawn up each month so that it can be seen clearly where the money goes each month.

It is also crucial to develop good habits early on when it comes to credit, especially credit cards. The obvious reason is that financing lifestyle with plastic can get expensive, with interest rates often exceeding 20% a year.

As technology improves, it is becoming easier to rely on the convenience of credit cards and apps.  Our millennials should be careful not to fall into the trap of believing that they can afford something just because they can flash a card or wave their iPhone.

2. Start saving, even if it’s only a small amount each month.

We are often told that a sensible figure to set aside is 10% of our salary each year but for our millennial this is unrealistic.  There will be months on which it is simply impossible to save anything however most people should be able to save at least something on a regular basis, whether it's 1% of pay, 5%, £50 a month, whatever.

Getting that early start, even with a modest amount, is crucial, since establishing the discipline of regular saving in our 20s or 30s makes it more likely we’ll continue that regimen in our 40s and 50s when we are earning more and can likely afford to save more.

Auto-enrolment is important here where employees are automatically signed up to a workplace pension unless they actively opt out, which few do.  Since it started five years ago, auto-enrolment has brought 8m people into a pension scheme.

It is not the answer though as the self-employed are not covered and the contribution rates are low, only 1% of salary is automatically deducted for staff contributions at the moment.

3. Get the most out of the savings put away.

The workplace pension is the best place for savings for many but is not available to everybody.  If our millennial does manage to save a little each month then this should be saved into a Lifetime ISA.

Up to £4,000 can be saved annually and after each year the Government will give you a bonus of 25% of the amount saved that year. This can then be used as either a deposit for a first home or in retirement.

Of course there are further things that can be done to reduce the odds that someone in their 20’s will have to, as is now being thought, work until they die?  But we believe the three suggestions above are the easiest to start with and the most important.

People are living longer.  Today’s twenty somethings are expected to live into their nineties.  If our millennials are going to live until they are 100, it is reasonable to assume they will be working into their seventies and eighties.  If you are going to retire at 65, what are you going to do with 35 years of retirement?

But is a millennial likely to retire at 65?  We think unlikely.

Retirement was first introduced as a concept on New Year’s Day 1909.  The first state pension of 5 shillings (25p) a week, equivalent to £20 today, was paid to half a million people of “good character” aged 70 and above. They had to have an income of less than 12 shillings a week and not have too much furniture, which was judged as a sign of wealth.

In 1928 it was revamped and targeted at all workers, with the pension age reduced to 65, but with the still small payments now dependent on workers paying in.  Is it right to assume our millennials will retire at 65, the same age that people did in 1928?

Millennials are unlikely to be able to rely on the State Pension.  They will live longer, be fitter and healthier at 65.  No years spent toiling in the fields to reduce their life expectancy, the advancement of medicine will see to a longer existence.  Maybe our Millennials will never retire.  Maybe they view work not as a means to retire but as a way of earning enough to build those assets (health, education) that will enable them to continue to work throughout their lifetimes.

Should we really be worried that the younger generation are not saving enough for retirement, when it is so difficult to predict when they might actually retire?  We don’t agree that retirement for millennials is dead in the water, just further away because they will live longer than any generation before them.