How long can the triple lock last? 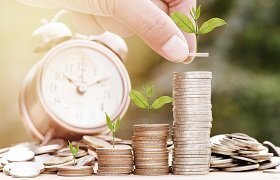 How long can the triple lock last?

For 30 years until 2010, the value of the state pension was linked to prices and as such inevitably declined in value over this long period relative to rising wages. This was the time of the notorious Brown 75p annual increase a result of inflation of only 1.1%.

For many years pensioners were amongst those most likely to be financially worst off. This forced successive Governments to introduce a plethora of means tested benefits attempting to lift pensioners out of poverty.  The triple lock was introduced to help right that wrong and has done an excellent job of doing so, increasing the state pension by £1,100 per annum since being introduced. It is right that creeping inequality was rectified and by 2020, when the current Government promise expires, the job will have been done, at least as far as the nation’s precarious finances can take it in this generation.

In the meantime while pensions have been increasing wages have not. Since 2007 wages of the working population have stagnated and in real terms have fallen, by around 10%. At the same time pensioner incomes, thanks to the triple lock, have continued to rise in real terms. Indeed by 2011 according the Institute of Fiscal Studies, for the first time the income of the average pensioner was higher than the working age population, once housing and child care costs are taken into account.

Pensioner population demographics are changing, the oldest pensioners, who are likely to be the poorest, are dying off to be replaced by the baby boomer generation. These more recent pensioners have benefited from the golden age of final salary schemes and the housing boom. This fiscally fortunate generation will continue to supplement the ranks of the retired for the next decade.  Although for the generation beyond, the retirement situation, sadly, is much bleaker.

This is far from an argument that State pensions or benefits are too high; on the contrary the UK is still an awfully long way from the state benefits enjoyed by many Europeans. Contrast our maximum state pension of £8,000 per annum with those of Spain, Germany and Sweden topping £25,000 per annum. Even worse, according to an OECD study, is the UK State pension as a net replacement of national average earnings. Here we manage to better only Chile and Mexico out of 34 democratic countries studied, with our state pension being a net replacement of 38% of average earnings. And that is for those that actually receive the full state pension.

Alas despite the paucity of the state pension, it is the affordability and sustainability of the system that is the issue. The state pension costs £98bn a year and rising, the Office for National Statistics estimates costs rising to £170bn by 2032/33 and to £438bn by 2062/63. In real terms, this raises the percentage of GDP spend on state pensions by around 1.5% to 8%. This is a significant percentage increase and according to a Pensions Commission report ‘carries significant implications either for tax or National Insurance contribution rates, or for other categories of public expenditure’.

This is the nub of the argument, intergenerational fairness. Pensioners were for many years those at most risk of poverty and although no doubt many still are, the average baby boomer pensioner is not. Pensioners have done relatively well over the last decade while those in work have not. The triple lock has done its work and it is time to drop it and revert to a wage based increase. There is no fund for the State pension, future generations will pay and will not be able to afford a continued commitment to these pension increases and nor should they be asked to do so. They will, in all sad reality, need every penny to fund their own much less secure retirements.