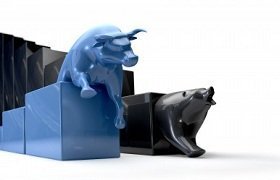 The gloss has come off the Emerging Markets’ story in the last year or so.  Performance has disappointed and of the BRIC countries, only India appears to be a story investors want to talk about positively.

The commodity cycle is hurting economies reliant on primary industries while low demand growth in Europe (and China) further affects exporters’ markets.  The de-coupling argument fashionable in the run up to the financial crisis is dead and while there are many fine companies and governments in these markets it is not true to say that standards of corporate and state governance are the equivalent of the developed markets.

The valuation and performance of the emerging regions’ stock markets reflects a new investor caution over growth and recognition that higher risk should carry higher potential returns.  This is a natural reaction to the over-hyping of the opportunities that we have seen in recent times.

Nevertheless, investors should be able to look through the short term headwinds and make decisions based on a long term assessment of the prospects of the emerging regions (without losing sight of Keynes’ maxim on the long term).

These prospects have not markedly changed because they are based on long term, secular drivers, the most profound of which is the changing demographics of the world.  The UN Department of Economic and Social Affairs – Population Division projects a rapid aging of the developed world, which contrasts with the continued relative youth of some of the emerging markets.  Aging populations are a constraint to growth and a symptom of a lack of replacement of population and leads population decline which in turn makes economic growth harder to achieve.

In the meantime, countries with good access to resources and young and growing populations will have powerful opportunities to grow.  Recent shorter term investor considerations mean that investors have an opportunity to establish positions to take advantage of this long term secular growth.

The argument above makes a powerful case to be discerning in your exposure.  The UN analysis reinforces what most people already know – that much of Asia is as affected by aging as the developed world.  China is the poster child for a country that risks getting old before its people get rich, and so its demographic profile will become a drag much sooner than, for example, Southern Africa, India and parts of Latin America.

This is not an argument that emerging markets have changed, that they are less of a governance risk nor that they operate in isolation to the rest of the global economy. They will still be volatile – that is in their nature – however, the simple facts of the way populations are changing should drive investors to carefully consider a structural overweight to countries where demography is going to be a tailwind, not a headwind.