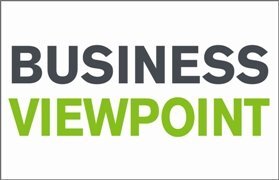 Our final thought is from James Penn (Senior Portfolio Manager, based in the Isle of Man)

"Having never voted in a British election, despite being born in England and having lived there for 27 years, the UK electoral cycle nevertheless continues to fascinate me, and, no doubt, I will once again be up in the early hours of May 8th monitoring the outcome.

This election doesn’t seem as important as 2010 and doesn't seem to have generated the same level of interest. I suspect that voter turnout will be down on the previous election. That may be an incorrect appraisal by both me and the general population, though, as the deficit is still huge, the debt is double what it was in 2008, and there is a perception that the benign circumstances of the past five years (ultra low interest rates, a decent pace of economic growth, and gradually improving statistics (in terms of the unemployment rate, overall employment, reduction in crime etc) will continue.

From my perspective, a lot seems to ride on the confidence bluff that the coalition government seems to have pulled off – that the UK is a well-run country, is on an improving economic trajectory, that the fiscal imbalances will all correct themselves over time. International investors generally still think that the UK is a good place to invest their money.

Any change in this perception would be dangerous, given the current account deficit is running at 5% per annum and has been doing so for some years. The difference is being made up by Foreign Direct Investment (FDI) and portfolio flows (nearly 25% of the Gilt market is now owned by foreigners). Would a vote on membership of the EU compromise FDI? Probably. An attack on the ‘Non-Doms’ may affect portfolio flows. Would a left-leaning Labour/SNP coalition retain the confidence of the international community?"