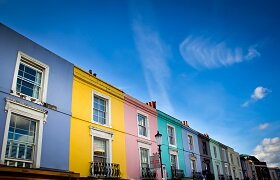 It is a bit early for CEO pay to be making the headlines (this usually starts in the main reporting season in April). However, UK housebuilder Persimmon is already exciting high levels of interest over its compensation of senior executives.

It was recently reported that the CEO, Jeff Fairburn, was likely to receive £110m as a result of payout from a 2012 Long Term Incentive Plan (LTIP), with the first 40% of this vesting on New Year’s Eve, 2017. Happy New Year, eh?

This column has commented previously on high payouts from LTIPs, most notably in the case of WPP, where CEO Sir Martin Sorrell has been awarded a string of £70m annual payments in recent years.

What causes the Persimmon CEO’s payment to stick in the craw for many is that the 2012 LTIP scheme was initiated a year before the UK Government’s Help to Buy programme to get young people onto the housing ladder.

Faced with the conundrum that most First Time Buyers could not afford the 20% deposit required to secure a mortgage, and not wishing to take up either of the two other alternatives (tightening interest rate policy to get house prices down, or alternately embarking on a building spree of social housing) the Government chose to subsidise the cost of new houses through Help to Buy.

The buyer now only has to find a 5% deposit, while the Government puts up 20% of the cost of the house. The other 75% is sourced from a bank or building society loan.

Users are not charged loan fees on the 20% loan for the first five years of owning the home. Since February 2016, the upper limit for the equity loan in Greater London has increased to 40%.

There is little doubt that the above scheme has turbo-charged what was a fairly moribund housing market back in 2012. About half of the sales made last year by the big UK listed housebuilders came from the Help to Buy scheme.

Thus, the stratospheric performance of UK housebuilding shares over the last five years owes a huge amount to government policy.

Several other factors have favoured them too, with the financial crisis obliterating competition from smaller, unquoted housebuilding companies, while EU freedom of movement policy has meant a steady supply of cheap, skilled immigrant labour. Land prices have stayed low, due to less competition, and to the increasing use of cheaper strategic land banks.

Options are vested to executives on the basis of meeting targets in this capital return programme, with the initial option exercise price of £6.20 (a little below where Persimmon shares were trading back in 2012) discounted by the amount of cash returned to shareholders by key target dates.

To be fair, he is not the only one to benefit, with 140 senior staff sharing £500m in total. The Finance Director is reported to be receiving £86m and the managing director £48m.

The LTIP scheme has attracted a lot of criticism, and Persimmon’s chairman, Nicolas Wrigley, and the head of its Remuneration Committee, Jonathan Davie, have both resigned in recent weeks after recognising that they should have put a cap on the payouts. Reports say Mr Wrigley tried to argue Mr Fairburn out of accepting the award, or to give it to charity, apparently without success.

Writing in the Spectator, the columnist Martin Vander Weyer made the point that the money for the LTIP is not coming from the government or indeed anyone but the shareholders, who have done very well out of the Help to Buy arrangement as well. This is a fair point, but should more allowance have been given for the extraordinary background of stimulus?

Directors of other housebuilders have benefited too, with Tony Pidgley, chairman of Berkeley Homes, receiving £29m from a similar scheme for the 2016/17 year, up from £21.5m the year before.

Last year Persimmon shareholders approved a new Remuneration Policy with a new LTIP scheme, which caps the annual payout at 200% of base salary, or 300% in exceptional circumstances, so similar payouts are unlikely in future.

Shareholders could vote against the Remuneration Report in April, but this would be largely cosmetic. They don’t have much say in the matter now, having approved the original scheme back in 2012.