Bond markets have sold off aggressively in the past few months 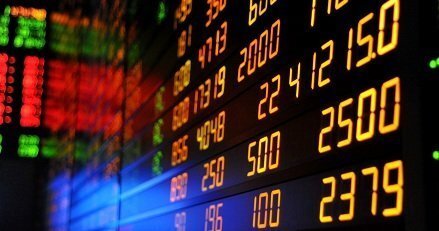 Bond markets have sold off aggressively in the past few months

The election of President Elect Trump is seen as an antidote to ‘secular stagnation’, that will provide a reflationary boost to both the US and the world economy.

Accordingly, a number of market participants are anticipating the end of the 30 year Bond Bull market. But is that judgement premature?

In truth, it has been a difficult time for bond market investors brought up with a certain number of precepts: be careful about long duration bonds, buy bonds below par, take profits because another interest rate cycle, or inflation, is always around the corner.

Those strategies have not worked so well over the past eight years. Yields have tended to fall to ever new lows, even though we are many years past the financial crisis, and central bankers are still very reluctant to raise interest rates.

Many of the same problems are still all too apparent around us. Private debt levels are high, and the appetite to take on more of it is low, while there aren’t enough credit worthy borrowers; personal incomes are still not rising fast enough.

It could be that the three hikes the Fed mentioned at its December meeting are on the ambitious side, and it would not surprise if they ended up implementing two, or even just the one (perhaps in December, which would start to suggest a pattern for the next few years).

It is worth pointing out that the voting composition of the Federal Reserve committee is due to change, with an influx of three new doves coming on to it.

That suggests some value in US bond markets, and scope for shorter dated yields to rally over the next year.

In the UK, the likelihood is that we get no rate rise in 2017. At the same time, the economy is unlikely to go into recession (the consensus figure for 1% GDP growth looks about right), so in all probability we won’t see a further rate cut.

US bonds look the most attractive internationally, while in the UK, decent spreads mean that corporate bonds look a better bet than governments.

Huge amounts of ‘money printing’ have had virtually no impact on inflation (other than perhaps stopping some of the major economies from going into deflation).

Monetary policy still appears to be ‘pushing on a string’. The cost of money is still exceptionally low by historic standards.

Bear
With economic resilience in the face of several political shocks, yields may have bottomed.

Most governments around the world are likely to add an element of fiscal stimulus in 2017.