Is a revival in value investing underway in Japan? 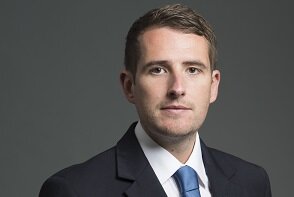 Value investing, the contrarian strategy which focuses on buying unloved and cheap stocks in the expectation that valuations will revert back to their long-term averages, has been a winning strategy in Japan over the last two decades.

Why has value underperformed?

Most of the underperformance of value investing can be attributed to two factors, the weak economic recovery since the crisis and the negative interest rate environment in Japan.

In general, value stocks tend to have slower sales and earnings growth and a greater variability in profitability, and value indexes tend to be dominated by cyclical stocks. As a result, the favourable environment for value’s outperformance are periods of accelerating, broad-based economic growth – conditions that have not been present on a consistent basis in Japan (or indeed the global economy) since the crisis.

Value indexes, including the MSCI Japan, also tend to be dominated by financial stocks, with the MSCI Japan Value index having a 23.4 per cent allocation to the sector as of 31 May 2018. In general, financial stocks tend to perform strongest during periods of rising interest rates (assuming growth remains stable over this time frame), which is why the negative interest rate environment in Japan since 2016 has been so painful for financials’ performance.

Sector breakdowns on the whole have not helped value indexes and have been a key cause of the underperformance. Value indexes tend to have a much higher exposure to the “old economy” and the sectors most hurt by regulation, economic or technological change, whereas the growth indexes are much more aligned with the exciting “new economy”, the technological innovators and disruptors like automation, robotics and artificial intelligence.

Taking the above into account, it’s hard to build a case for value investing as from a macroeconomic perspective the same factors that have hindered value’s performance are likely to remain in place. The synchronised global growth narrative that most investors started the year with is yet to materialise and there are too many late cycle dynamics within the global economy - such as full employment, elevated asset prices and high levels of government, corporate and household debt to be too overly bullish on growth. And unlike the US Federal Reserve, the Bank of Japan appears to be in no rush to alter its ultra-loose monetary policy, at least in the short-term.

How much is in the price?

Despite this unfavourable backdrop, there are a number of factors that could lead to a revival in value fortunes, the most important being valuations. Given years of underperformance, a large valuation gap has now opened up between value and growth stocks. As the chart below shows, which compares the price-to-book ratio of MSCI Value versus Growth, value stocks currently trade on a price to book ratio of 0.4x that of their growth counterparts and have not been this cheap since the technology bubble of the early 2000s.

As value as an investment strategy looks to take advantage of mean-reversion – and the potential for mean-reversion is greatest when the dispersion is largest – current valuations make a strong case for favouring value investing at this point.

Now, of course, a key counter-argument is that we are in a new economic regime, one characterised by persistently weak economic growth, negative interest rates and an environment where only technological innovators can successfully grow their businesses, factors that are likely to continue to favour growth as an investment style.

Nevertheless, the valuation gap is currently so wide that the downside risk for value at this point looks relatively low. In any case, it would not require a huge change in either the macroeconomic or corporate environment for valuations to revert closer to their historical averages, in which case, value as an investment style would likely outperform.

Furthermore, there are also early signs that suggest fundamentals are beginning to turn in value’s favour. One of the key reasons that growth stocks have outperformed value stocks on a consistent basis is due to their superior ability to deliver higher returns for shareholders. However, as the chart below shows, which details the spread between return on equity (ROE) on growth and value stocks, the gap is narrowing – driven by both an improvement in value stocks and a slight decline in growth stocks ROE.

By its very nature, value investing is a risky investment strategy and as a consequence we believe value exposure is best captured through an active manager. Whilst there are a small number of passive value options in Japan, we believe that value tilted indexes potentially leave investors overly exposed to value traps in that they typically re-weight an index by metrics that score highly for value characteristics such as low price to book, price to earnings and cash flow/enterprise. Instead, we prefer to get our exposure to value through active managers, who have carried out research into company’s management, governance and the strength of the balance sheet and as a result are more likely to avoid those value traps.

The active manager we currently prefer in Japan is the Man GLG Japan CoreAlpha equity fund. As recent performance shows, to be a value investor requires patience and the team are open about how stubborn they are when they invest, taking care to avoid a common error of exiting positions too early. Add an excellent long-term track record of outperformance as well as a stable, experienced and recently expanded investment team, the prospects of this fund for value exposure look strong.

Dan Smith is an investment analyst at Thomas Miller Investment. The views expressed above are his own and should not be taken as investment advice.