Why we won’t be getting a normal post-election Budget 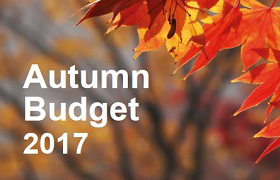 Post-election Budgets tend to be characterised by big sweeping changes which generate lots of income for the government to use ahead of the next election. But this one is bound to be different. Politically, the government is hemmed in, without a clear majority, not wanting to upset either the DUP, the Brexiteers or its Remainers.

There is unlikely to be any real changes to income tax, although there is likely to be further increases in the personal allowance with the aim of helping those who are on the lowest incomes, particularly against the backdrop of the introduction of universal credit.

As for pensions, we have been consistent in what we think the Chancellor should do - primarily changing the tax credit system. The Lifetime Allowance should be removed and individuals should be allowed to contribute up to say £40,000 - £50,000 as the annual allowance.

It’s unlikely we’ll see these changes, but a bold move would be a change to a flat rate tax relief system but we do not think the government needs that kind of argument with its backbenchers in the current climate.

The most likely pension change we will see is the further erosion of tax benefits for high earners, reducing the taper limits or reducing the annual allowance to nearer £30,000 pa.

These types of moves are the least politically controversial as the general public remains unaware of the finer tax requirements and are unlikely to complain about stricter policies that restrict a section of society perceived as having gained most in the crisis period.

The government needs to spend money but doesn’t want to hike taxes too far and run the risk of repeating the National Insurance climb down that occurred previously. Because of this, we are not expecting much from this Budget - no changes to corporation tax and certainly no increases are likely to occur this side of Brexit.