The Tax Consequences of Trusts 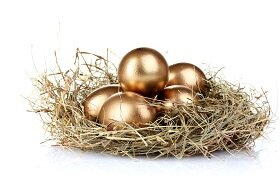 Trusts are often associated with the super-rich, the passing of hereditary wealth and the disguising of assets in mysterious offshore locations. However, they are also used by many people for rather more mundane reasons as a sensible way of arranging their financial affairs.

Two new pieces of legislation, one already in force and one to follow in January 2018 might have an impact on the responsibilities of the trustees.

The first of these new responsibilities derives from the EU's Fourth Anti-Money Laundering Directive (4MLD), implemented to improve the transparency of corporates and trusts, and requires member states to keep a register of these entities.

All trusts with a UK tax consequence (income tax, capital gains tax, inheritance tax, stamp duty land tax or stamp duty reserve tax) will need to be registered with the HMRC’s Trust Registration Service that will include those trusts that have already registered with HMRC. Any new trusts with a UK tax consequence will be required to use the registration service to obtain a unique taxpayer reference. The information required by the HMRC is substantial and failure to register could result in a custodial sentence. Urgent action may now be required if you have not already considered your registration obligations.

Where the sole asset of a trust is an investment bond, the trustees may never have previously had a UK tax consequence. This type of investment structure is popular with trustees as it is non-income producing and therefore does not require the trustees to report income or capital gains within the bond to HMRC. It is also flexible enough that any tax paid on the eventual surrender of the investment bond is often borne by the beneficiary of the trust, rather than the trust itself.

Periodic charges, particularly where there are connected pension schemes, are a very complex area and specialist advice should be sought.

The second issue facing some trustees is the Markets in Financial Instruments Directive II (MIFID II), a piece of EU financial services legislation which is causing significant challenges to the industry. One area of particular concern relating to trustees is the need to potentially obtain and maintain a Legal Entity Identifier (LEI). This will be required by trustees who invest and trade in listed vehicles e.g. stocks and shares, ETFs and investment trusts. From the 3rd January 2018, trustees who have not obtained an LEI will be unable to trade in these instruments. The LEI can be obtained from the London Stock Exchange for £115 plus VAT, with an annual renewal cost of £70 plus VAT.