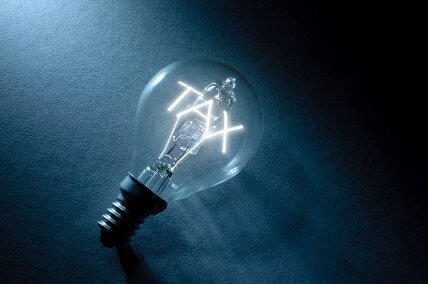 For several years the government has been urged to reform the perceived inequality of the pension tax relief system. Under current legislation, greater benefit is given to high earners, with campaigners arguing this is unfair and does little to encourage longterm saving among lower earners.

A further report by the Royal Society for the encouragement of Arts, Manufactures and Commerce (RSA), Venturing to Retire, showed that higher and additional rate taxpayers received 68% of tax relief in 2016-17, despite only making up 25% of taxpayers claiming tax relief.

While higher earners receive 40% or 45% tax relief on the way in, they are likely to pay a significantly lower marginal rate when income is drawn.

Among other measures, the RSA suggests a flat rate of tax relief of 30%, a significant improvement for non and basic rate taxpayers and a reduction for higher and additional rate taxpayers. This, the RSA has calculated, would be fiscally neutral, but would provide the stimulus for lower earners to save more for their retirement.

A flat rate however is not without issues. Presently there are two main methods of making contributions. The first is ‘relief at source’ where pension contributions are paid from net pay. This would require a simple adjustment; all contributions would receive the new rate of tax relief rather than the current 20%.

Unlike now, higher and additional rate tax payers would be unable to claim additional relief via their annual tax return.

The second is ‘net pay’, which, rather confusingly, refers to contributions made from gross pay. This is where it gets a little more awkward. As contributions are paid from gross pay, relief is automatically obtained at the member’s highest marginal rate. In addition, the member may also benefit from a national insurance saving if the employer allows contributions to be made by ‘salary sacrifice’. Is the answer therefore to remove this option?

Doing so has a negative impact on those who benefit from net pay through salary sacrifice as the table below illustrates. These take the example of an employee making a £1,000 contribution. Under net pay, the full £1,000 is paid into the pension and the effective cost to the employee varies depending on their marginal rate of tax.

Under relief at source, the employee pays income tax and national insurance on their salary and contributes the net amount. If a 30% flat rate was implemented, the basic rate taxpayer benefits greatest as intended, but net pay is still more attractive when used with salary sacrifice.

The simplest solution would almost certainly be to remove the option of net pay (including salary sacrifice), and put just one flat rate system in place. This would ensure parity for all taxpayers; but would have potential consequences including:

The benefits of a flat rate

These drawbacks are countered by all basic rate tax payers being treated the same and the government may gain national insurance if there are fewer salary sacrifice arrangements. In addition, there is the potential to encourage higher earners to invest for the longer term in smaller companies via tax incentivised Venture Capital Trusts and Enterprise Investment Schemes.

The removal of the net pay system would also solve the conundrum of those earning less than the personal allowance who, under net pay, do not receive any income tax relief whereas contributions via relief at source receive basic rate relief.

To implement a flat rate would require tweaks to an already complex system, but these are relatively modest and the benefits outweigh the drawbacks.