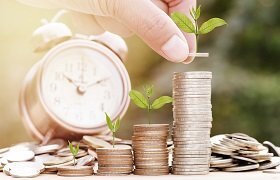 Since April 2015 those aged over 55 have had full access to their pensions, but the government is keen to prevent those who have accessed funds from recycling that pension income back into further tax-relievable pension contributions.

The MPAA restricts the annual allowance (AA) to £4,000 when certain pension benefits are taken. Those making or receiving pension contributions in excess of this amount will suffer a tax charge, effectively clawing back all tax relief received on those contributions. HMRC have recently, if somewhat belatedly, produced further guidance on the MPAA.

What triggers the MPAA?

The two most common triggers are:

In addition, anyone in flexible drawdown before 5 April 2015 automatically went into flexi access drawdown on 6 April 2015 triggering the MPAA.

There are other less common triggers, and it is wise for anyone who has ever taken taxable income from a pension (even overseas pensions), and who is continuing to make pension contributions to check their tax position.

Defined benefits (DB) pensions (also known as final salary schemes) are largely exempt from the MPAA rules. Income received from DB schemes does not trigger the MPAA. Continued accrual of pension benefits in a DB scheme remains subject to the alternative annual allowance or tapered annual allowance as applicable, even if the member has triggered the MPAA.

As can be seen, the annual allowance is no exception to the immutable law that any single pension rule will soon spawn several, increasingly complex, offspring.

What happens if the MPAA is triggered?

Triggers that occurred prior to 5 April 2016 are more complicated and specialist advice should be sought.

Once subject to the MPAA, it is a permanent reduction to a pension member’s ability make money purchase contributions in all subsequent tax years.

Those triggering the MPAA will receive a letter, known as a ‘flexible access’ statement, from the pension provider within 31 days of the trigger event. This letter all too often ignored or not understood.

Receipt of the letter makes it incumbent upon the member to inform all other money purchase pension plans to which they are contributing, or start to contribute to, within 91 days, that they are subject to the MPAA. Fines can be levied on those who fail to do this.

These tax charges should be declared on the individual’s tax return under self-assessment.

Carry forward amounts of allowance available from pre-trigger dates cannot be used to offset tax charges under the MPAA, nor can unused MPAA from any year be carried forward.

Who pays the tax charge?

For example; a member subject to the MPAA who contributes £10,000 (PIA amount) in one tax year, will have exceeded the MPAA by £6,000. But that member has no mandatory right to require his pension scheme to pay any tax charge because their PIA was not over £40,000. The member may well have to pay the tax charge that arises personally.

Pension schemes can offer “scheme pays” on a voluntary basis for tax charges not covered under the mandatory rules, but not all pension schemes offer this.

The rush to take cash out of pensions in the post 2015 pension flexibilities world has meant many pension members may have inadvertently triggered the MPAA. There are an unknown number of pension members who will have failed to declare the tax charges on their tax returns.

We have seen the first signs that HMRC are actively looking for such cases and clients should be duly warned.